Where music has taken me during this past year

I've done a few interesting gigs this last year that I never quite thought possible. 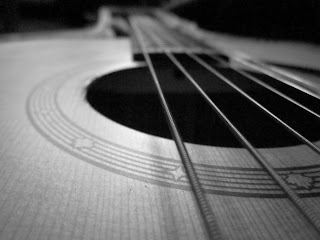 In August 2011, I played classical/flamenco guitar at a fund-raiser for a tenor to get his tuition for university. Because of that performance, I did a solo show at Fiesta Plaza (Port-of-Spain).
Now, I haven't done a solo gig in years and it sure was fun and interesting.
Later in summer I did a solo classical performance through the Classical Guitar Society here. I heard it's constantly played on a local TV network. That was a different headspace as well.
I was hired later on in the year to back-up another tenor at a fundraiser for Habitat for Humanity, but because of space constraints the band did not play the show.
I did a classical guitar duo with my musical comrade John Hussain as part of a Christmas fundraiser for St. Dominics Home for Kids. Our repertoire was mainly traditional Christmas Carols and a medley of our local Parang music. It was great trading solos and charting out our individual parts.
And last night of all things, I played a gig where I backed up Calypsonian 'Black Stalin', and Soca Artiste 'Ronnie McIntosh'. This is something I never thought I would do. For one, I'm not a fan of Soca music at all! And two, I'm not part of that industry. But thanks to a 'subbing' opportunity (Thanks Johnny!), I was able to experience what it was like to be a part of this world, even if just for a brief moment.
Now, I'm not accustomed to all of this. I'm just used to my 'lil rock band format in pubs/clubs, with heavy guitars et al, although I have dabbled with other music genres (all the years I spent travelling with Kobo Town playing our version of ole-time calypso/reggae across the world).
So playing classical/flamenco and then calypso and Soca was a DEFINITE change in scenery. And I must say, it's not what I thought at all.
Each music genre had it's own methodology and each one came with a set of 'informal' rules. Some I liked, others, well......but I had to learn the rules and play along, each one had an adjustment period, it was weird at first and I wasn't sure that I made the right decision in any of the situations. But it was a learning experience and it taught me some valuable tools about music theory/sight reading and being a part of a unit other than a simple three-piece rock band.
The classical world was completely full of stress, not what I thought at all. But in the end, everything worked out. Getting there was another story.
What I liked about the kaiso world was there were no divas or egos on stage last night during our set. The singers were in charge and we followed suit, but we clicked and the moment was beautiful. The crowd dug it and that's all that mattered at that point. We had done our job.
Now, if I could just get a decent heavy /experimental band together like that, my life would be perfect. Maybe there's just too many rock star egos in the metal world, and maybe the stakes are too high in the classical field to give that absolute stellar performance. Maybe in the kaiso world, maybe the singer is not really a diva but a story teller, and maybe the story unfolds on stage with the crowd.
Maybe I'm just giving a one-sided version to my one time experience in these polar opposite musical genres. But one thing for sure, it was an eye opener.
Still, I like my rock world.
Old habits die hard.
Posted by Cesco Emmanuel at 4:34 PM No comments: Links to this post

I was digging up these guys the other day

So happy new year everyone!!!! May this year be the year that everyone puts their best foot forward, excel at everything they do, conquer all obstacles, win all battles and be the best they can be - to themselves and to their fellow man and woman.

I don't know why but I have a lot of hope for this year.

I know all the doomsday people say that this is the last year, that the world ends on December 21, 2012, but I don't believe that entirely. There's all sort of reports that state that out modern-day conversion of the Mayan calender is off by nearly 50 - 100 years.